We recommend The Salt Collective writer Lawrence Richardson's new memoir I Know What Heaven Looks Like.
This church flyer contains what is probably the greatest Drag Jesus image ever produced in the history of Christian art. At least, that’s what I thought everyone would think when I approved the image. 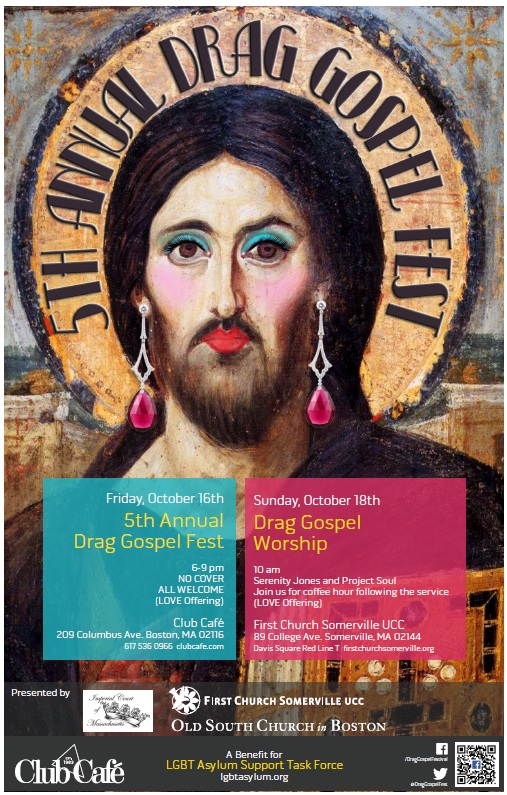 Actually, the first thing I thought was, “Drag Jesus needs longer eyelashes and some lip liner.” The artist, Rich, made the changes and THEN I approved the poster thinking it would be universally hailed as the next great movement in religious iconography.Seriously though, let me first say to all of you who might not know me that well – I love me some Jesus. I LOVE JESUS! Jesus Christ is, in fact, my Lord and my salvation. Jesus Christ is my greatest teacher, my path and my way, my entry into all things holy, and sacred, and good. Jesus is a friend of mine.

As a pastor, I spend the vast majority of my time thinking about and talking about who Jesus was and is and why it’s all important to us. I do my best to welcome other people into relationship with Jesus and I do my best to live in the faith and according to the teachings and examples that Jesus has set forth.

So, let me just drop those Jesus creds right there as my way of saying that I am not interested in insulting Jesus. And I feel strongly that there is NOTHING INSULTING about Drag Jesus. But I’ve become aware that not everyone may feel the same way as I do about this image.

So I’m writing this in defense of Drag Gospel Jesus. As a Christian and a pastor, I feel compelled to suggest a few reasons why I think it’s important to imagine that Drag Gospel Jesus isn’t an insult to God or Jesus, and why it ought not to be offensive to Christians either.

First, I want to remind everyone that the original image that was modified for this poster is not what Jesus actually looked like. I know, I know – you’re not stupid. You know that. But what’s important to remember here is that ALL of our images of Jesus are human cultural expressions of what we think Jesus OUGHT to look like and – by exclusion – what we think he OUGHT NOT to look like. I invite you to Google Image Search the term “Jesus.”

What you will find are hundreds and thousands and millions of pictures of a white, European Jesus. Was Jesus white? Hell no! Jesus was not white. 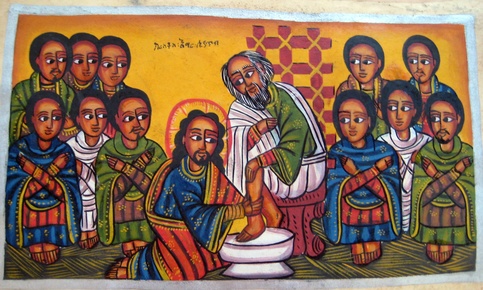 Many people are not insulted by pictures of white Jesus. I vary. Images of white Jesus that were produced in European art before modernity I often give a pass to. Some of them are sublimely beautiful masterpieces that touch my soul and bring me closer to God.

And I believe that they were produced in an attempt to imagine Jesus freely and not in an attempt to constrain Jesus. I don’t think there’s anything inherently wrong with depicting Jesus as European, African, Asian, Indigenous within the artistic traditions of those cultures. 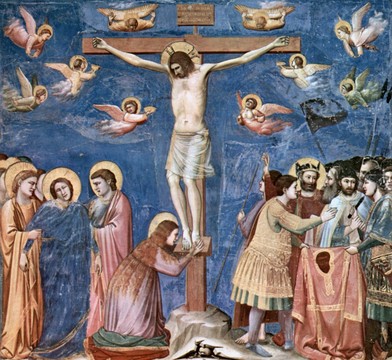 But the fact that the image of white Jesus still dominates in our culture and in our churches today is a terrible spiritual harm to God’s people. I think Jesus would be just fine with looking like all of us in all kinds of different art.

I just think he’d remind us to make sure we spread it around – to remember that we’re all God’s children, and that Jesus is not the Jesus of just one kind of people. Jesus is the Jesus of all of us.

What we are saying today with our pictures of white Jesus is that, even though we all know that Jesus wasn’t white, we would prefer worshiping whiteness to worshiping Jesus. 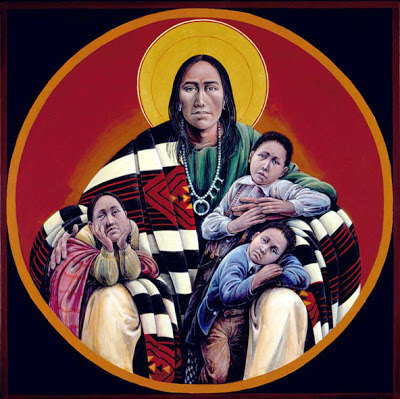 As for spreading it around, why not another image of Jesus that looks not exactly like Jesus did, but exactly like some of God’s children and Jesus’ people do?

Drag Gospel Jesus is such an image. I don’t imagine that Jesus actually looked like this. But I do believe that Jesus would want people who do look like this to see themselves reflected in him. 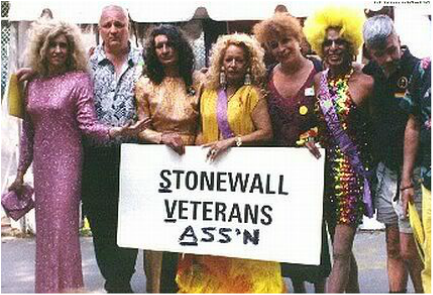 The community in Greenwich Village and some of the main leaders in the riots were drag queens, trans women, and people of color. Numerous eyewitness accounts describe the people being put into the paddy wagon that night as “queens” and some of the biggest trouble started when the police arrested a woman dressed like a man.

Other accounts describe the riots really blowing up after a police officer shoved a drag queen and the drag queen hit him with her purse. People began throwing objects and shouting “Gay Power!”

But in the movie, the main character is a cisgender white male. And it’s he who throws the first brick outside Stonewall.
​
The film’s director, Roland Emmerich, says … he wanted a white, male protagonist to serve as a relatable surrogate for the audience. That character, Danny, also throws the brick that starts the riots after he catches his boyfriend cheating on him in the bar. “We knew this didn’t happen,” Emmerich explains. “This is a fictional story and I think it made … sense for this story.”

As our culture continues to try to “whitewash” history, trivialize queer people’s struggles, and reduce gender non-conforming people to secondary roles (at best), my hope is that a faithful Christian response would be – in small part – an image of Drag Jesus that reminds people who don’t conform to gender binary norms that God sees them and loves them and that they are truly welcome to come to church – just as they are.
​ 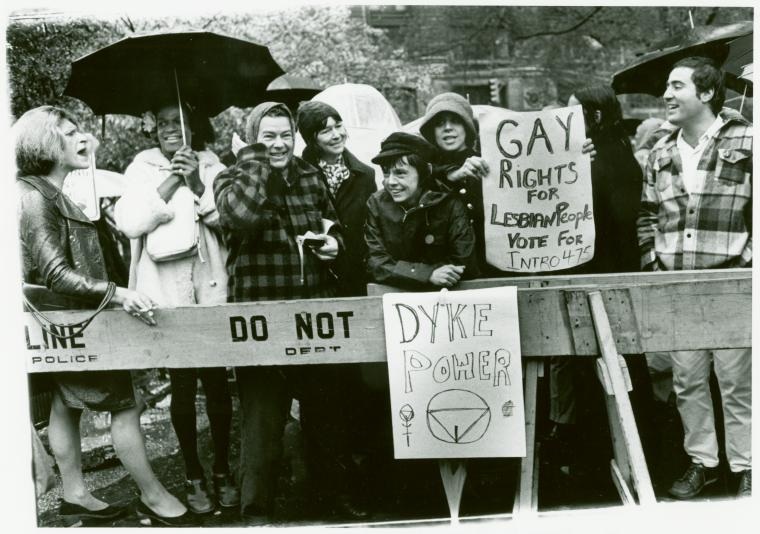 This article was originally published in its entirety on Jesus the Imagination.