This time it’s different. When it was 9/11, the attacks against our nation gave us pause to consider what it means to be an American. When it was Sandy Hook, there was no connection between the gunman and the slain, and we chalked up this terror as a manifestation of mental instability. When it was Trayvon Martin, we were reminded of what fear looks like as it relates to black and brown bodies. An American born person—who also happens to be brown, male, Muslim, and a Millennial—opened fire in a place he selected because it contained such a large amount of lesbian, gay, bisexual, transgender and queer people at one time.

This act of terror suggests that our communities are not safe for LGBTQ people. This terrorist attack happened because the gunmen saw two men kissing, got angry, and then exacted a plan that resulted in him opening fire in a LGBTQ nightclub killing and wounding innocent people.

We live in a society where some preachers use their pulpits to condemn people to hell who are LGBTQ, using ignorant and academically undeveloped interpretations of Scripture. We have families who would disown children who are LGBTQ rather than provide them with caring and nurturing environments. We have politicians who use their platforms to promote legislation that restricts the civil rights of people who are LGBTQ. And now we have a lone gunman who opens fire in a night club where people were dancing the night away because they might have been LGBTQ.

There is a connection.

When we nurture a society against particular groups of people, we condition a culture where individual perspectives can justify even the most heinous of acts against those groups of people. It’s time to reassess our values as a nation. Do we tire of promoting the value of some people over others? Do we allow our own interpretations and understandings to be informed by research and sound information?

Can we give ourselves permission to extend our faith beyond ideologies?

There are those who fear embracing people who are LGBTQ because, for them, to challenge their religious beliefs about people who are LGBTQ is synonymous with challenging God, and their understanding of God is neither mature enough nor expansive enough to bear the weight of the wrestling and discerning that produces greater spiritual awareness.

Likewise, there are those who fear embracing people who are LGBTQ because they will lose their paycheck. The donations of those who actively encourage anti-LGBTQ legislation line the pockets of some of the most prominent religious and political leaders and for these leaders, honesty, poverty and the fear of scarcity are all too connected. 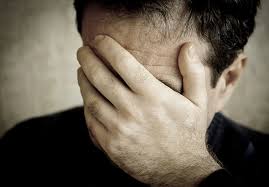 As our hearts grieve the reality of what happened in Orlando, and however we draw connections between the social, religious and political climate concerning people who are LGBTQ, may we give ourselves space to be open.

Open to assessing our own interpretations and understandings. Open to considering what it means for our society to be structured to nurture and encourage the human value and sacred worth of all people. Open to receiving the fullness of God so that we might have an example of what Love can look like if it were truly moving and active in our midst.

When we nurture love not hate, we will live in a society where the realm of God will be tangible for us here, now.